The newly established District of Columbia was surveyed in 1791, and inscribed marker stones were placed each mile along the boundary the following year.

100 years later, the Columbia Historical Society recognized the boundary stones as the nation's first monuments and began documenting and disseminating information about them.

By 1915, their deteriorating condition inspired the Daughters of the American Revolution to protect the stones with fence-like wrought iron cages.

In 2017 the District of Columbia State Society of the DAR commissioned Anvil Works to preserve and restore the East Boundary Stone cage, originally created by the notable Fred S. Gichner Iron Works in 1916.

Gichner's circular construction was unusual. It was made in seven sections, an excentric and esoteric choice compared to the conventional ease of dividing a circle into four, six, or eight parts. It was also made of an unusually pure and carbon-free wrought iron alloy.

To retain as much of the original structure as possible, only the most deteriorated sections were cut out and replaced. The repaired and restored enclosure was preserved with a marine industrial quality paint coating system. 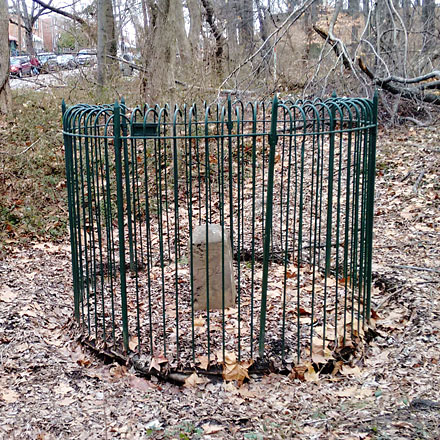 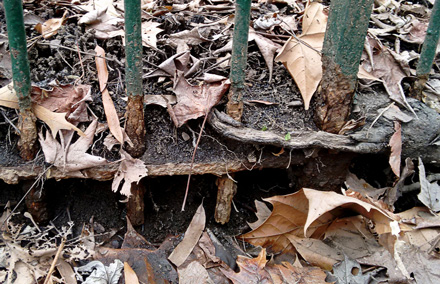