Established in 1782, the cemetery received wrought iron fences and an arched cast iron gateway in the late 19th C. Very little is known about the gateway's original appearance.

By the middle of the 20th C., most of the old cast iron had been replaced with brick gate posts and steel pipe. The arch and some of its supporting pieces were the only original parts remaining.

In 2018 the gateway arch was knocked down accidentally, and the unstable brick posts and pipe were removed. The Cemetery's Board of Trustees asked Anvil Works to create an authentic cast iron reproduction. 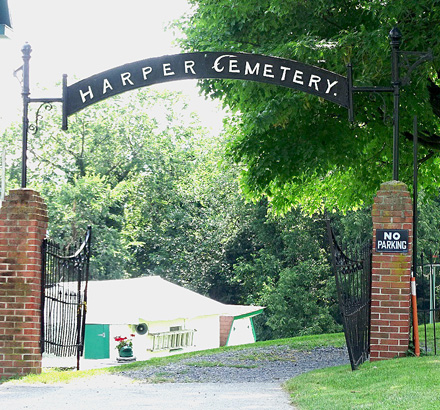 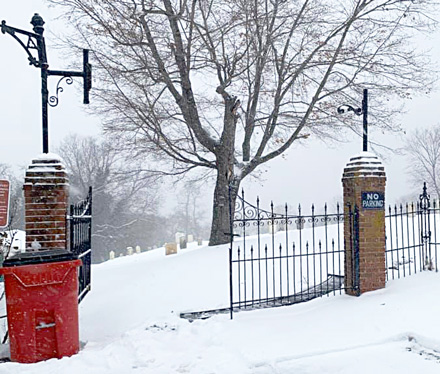 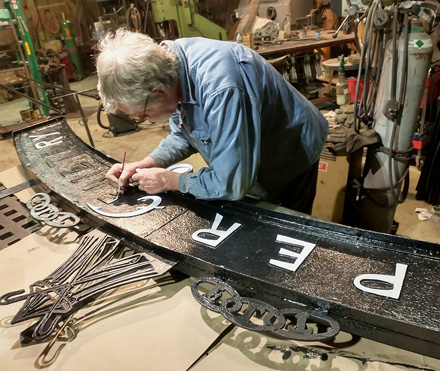 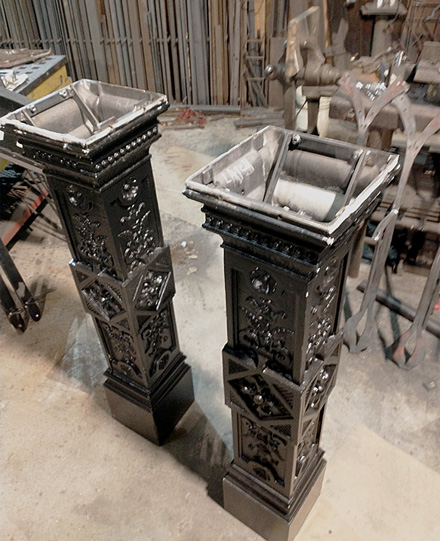 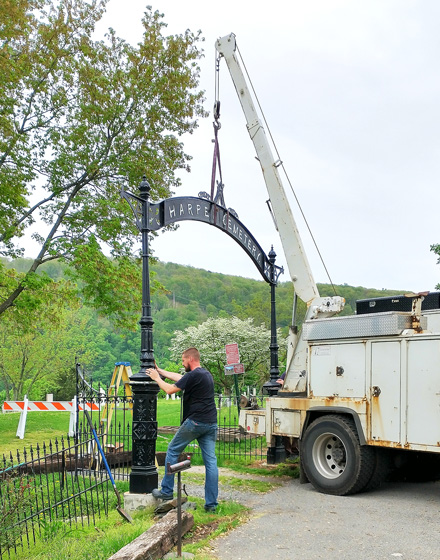